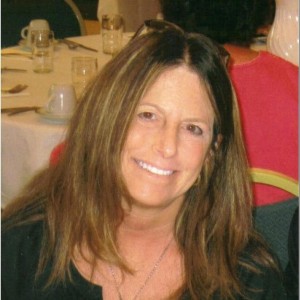 Uno and Friends will be ceasing in-app purchases June 30th and will be discontinued July 30th. Feel free to vent your frustrations on my post The Decline of Uno and Friends.

Uno and Friends Update 17 has been out about a month. I am neither impressed nor wholly disappointed by it. Server disconnect issues seem the same, and while the problem with giving gifts to your friends from the leadership boards was fixed for a brief time by a patch released after Update 16, it is FUBAR again with this update. You are back to only seeing a small portion of your friends again under the “Friends” selection on leader boards. If you want to “gift” all your friends, you will need to do this under the “Social” button. [This issue has now been fixed.]

Tiki Twist Journey and Mine Journey each have 30 levels (the Update 16 Journeys only had 20 levels each).Tiki Twist Journey is easier to finish than the Arctic Journey despite having 10 additional levels. I unlocked the Mine Journey on the first try of level 90 of Tiki (the goal is to activate the companion 3 times in a tournament). It took me a little more than a week to win the crown by playing regular and special tournaments at least once daily. On the other hand, I have been stuck on level 111 in the Mine Journey for over three weeks. It is a tournament requiring that you play 5 red cards of the same value. Really, Gameloft, this is a totally ridiculous goal!!!! [I did finally get passed level 111 and won the Mine crown.] Both give the opportunity to win relatively useless avatars, useful boosts and companion crates. You also need to be advised the goals in the three prior Journeys have been changed. For instance, I used to play level 14 in Jungle for regular games, and now it is no longer a regular game. Level 91 (the first game in Mine Journey) is a suitable substitute.

Android Version is Better than iOS but Less than Perfect

It used to be that once you had a win streak somewhere over 100, you only paid coins to save it after a loss or if time expired. I have a win streak exceeding 2400 games and suddenly, I was having to pay 35 tokens to save it! I cut back sharply on playing regular games (which advance you on the leader boards) and played more tournaments instead.

I generally prefer to play on my iPad 2 since the screen is larger, but yesterday I played on my Samsung Galaxy S5, and after placing 3rd, I only had to pay 5000 coins to continue the win streak. I have nearly 4 million coins in comparison to 2500 tokens, so which mobile device do I choose now? My Android, of course! Plus I also have BlueStacks, a free Android emulator, on my Windows touch screen laptop. BlueStacks does have an iOS version, but it  has never been free. [This issue has been resolved by a subsequent update.]

Note that if you click “Continue Streak,” you will see an ad for another game. If you try to exit, the game may freeze. I think you have to download the game in order to avoid paying.If you are using BlueStacks on your computer and choose the “ad free” version ($24 per year with a one month free trial), this choice isn’t available. Downloading the advertised game app isn’t a big deal; you can immediately delete it, but it is a PITA (“pain in the ass”).

Another thing that makes the Android version better is the “gift” in game. With iOS, it opens somewhere near the gifts that cost the most (you have to scroll back to the more affordable ones), while the Android version opens at the lowest cost gifts or the “House” gifts if the player you wish to give a present to happens to be in the same house as you are. [This issue remains unresolved]